Now I just have to translate this servo movement into a Detour Guy moving a flag. Next tech: Elmer's glue, foam board, and an X-acto knife.

First: I have print out Anad's collage and his Detour Guy.

A lesson learned in the process: Since Kinko's has been taken over by FedEx, printing expertise is in short supply.

On my first two visits to a Kinkos/FedEx I had to instruct the guy at the counter how to work the machines.

Both times, I had strong suspicions that the guy was really a delivery guy, not a printing guy. I suspected this because both times the guys were wearing their delivery uniforms.

After that I sought out a dedicated printer guy: the kind of person who does business cards, and tabletop tents FULL TIME.

My guy: Matt at PostNet, which is a PRINTING chain. As far as I know, they don't do anything else. His assistant Dave is also a printing guy.

For them printing out versions of Adan's work: easy.

My next stop: Micheal's, for some foamboard (also known as foamcore).

Lesson Learned #2. Never go to Michael's without a coupon. You'll be the only one in line without one.

Go online first: they will shower you with coupons. If you forget, the person at the cash register usually has some kind of coupon she can share with you.

Here's what I picked up at Michael's:

Standing at the foamcore bin, I had to remind myself that I was not shopping for a science fair project. No. I was prototyping. Just ask Make:, which asserts that, "Foamcore is a great choice for quick prototyping."

"It is light and stiff, and can be easily adapted as you iteratively work out features of your design. Using simple tools such as a matte knife, a pencil, and a straight edge, you can easily score, fold, and cut foamcore." 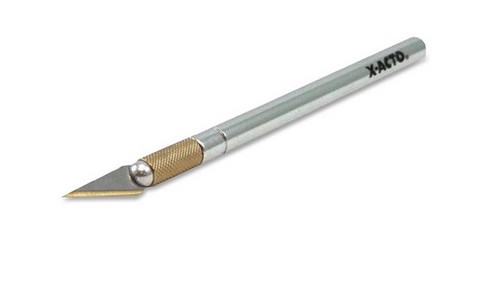 Elegant and cheap. And the only tool to make foamcore do your bidding.

I remind myself again: I'm not working on a Science Fair project. I'm prototyping.

This was new to me, but it looked familiar from Maker videos I've watched. A good companion to the X-acto knife. Not cheap but your work surface will thank you. 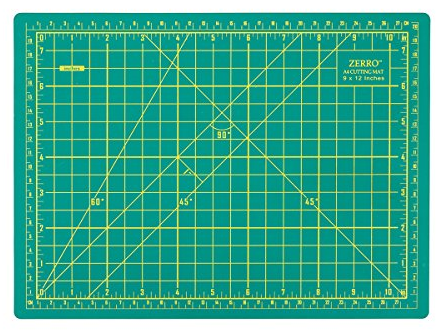 Here it is at Amazon, below.

Full disclosure: This is an Amazon affiliate link, so Placemaking Report earns some fraction of the price if you buy it, and don't return it. In fact this is my first affiliate link, ever.

This kind of project should be prescribed as an antidote to excessive computer/virtual activity. It's messy, but soothingly tactile. And no one expects slickness in foamcore, do they?

The Detour Flag guy, so far: 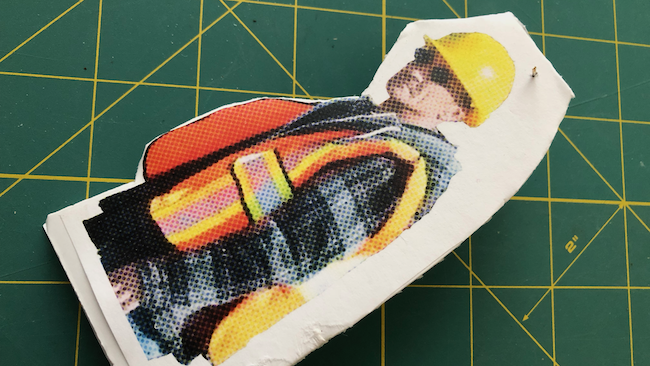