I wasn't looking for a bargain when I started searching Fiverr for an artist who could create a flag, a flagman, and some kind of background.

Even though the starting price does hover around $5.

I just wanted something fast, convenient, and relatively frictionless. I wanted to get this process going.

After a brisk search at my desk over lunch, I went with Adanguevara, a "Visual Artist / Architecture / Photographer" from Venezuela. His starting rate for the job: $20.

I knew the price would creep up, but I didn't care: I really liked his collages.

Even the ones that his customers hated. Like this one, below, which was not well-received by the guy who ordered it.

The customer's review: "I don't like the work completed whatsoever, poorly done and not up to the standards of examples pictures provided in the gig. Seller can keep the money but I will not use again. Very unhappy."

Hey, I thought it was great.

So I committed my $20 to Adanguevara, with vague instructions to create a Boston collage (I told him he'd get plenty of material by doing a Google image search on "Boston") and a weathered-looking flag guy. 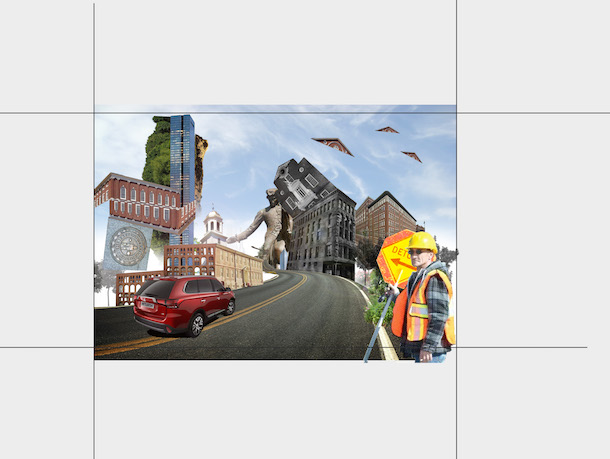 Loved it, but I took advantage of Fiverr's "one revision" policy to tell him that people don't drive through historic Boston like that. His second try was more Freedom Trailish: 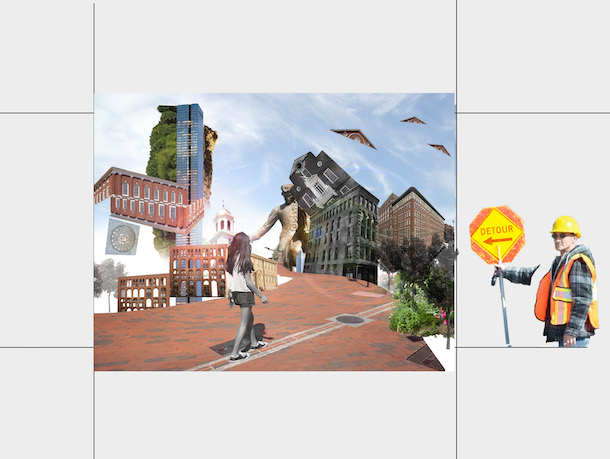 I liked the flying cornices -- they look like bats. 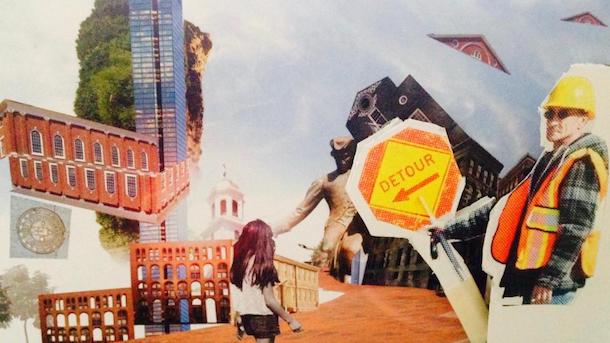 Now: let's put it all together, and make it move.

Next - Make that Display