But back to the real-world hardware at the center of this evolving Mixed Reality game: the gumball machine.

I'm not sure how a gumball-style machine came into my head, but I know I wasn't the first person with this idea: to remake the classic corner-store fixture with new technology.

The earliest version I can find is a 2012 project in Make: magazine: the Secret-Knock Gumball Machine.

The idea behind the Secret-Knock Gumball Machine is that it dispenses a gumball only when the secret rhythm ("Shave and a Haircut") is knocked on its front panel. A pretty cool project 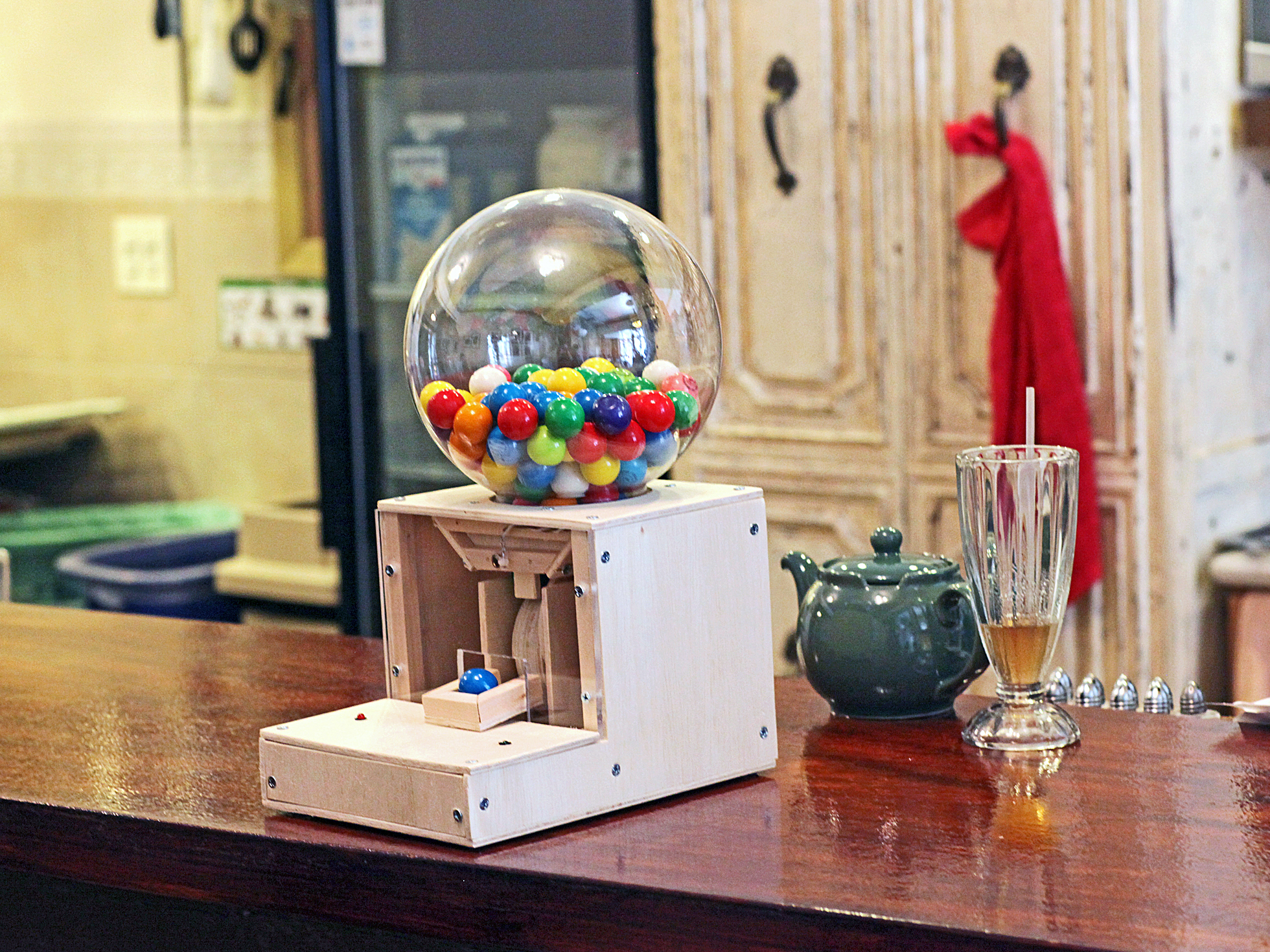 This was followed two years later by a refresh, by a Make: intern named Sam Scheiner 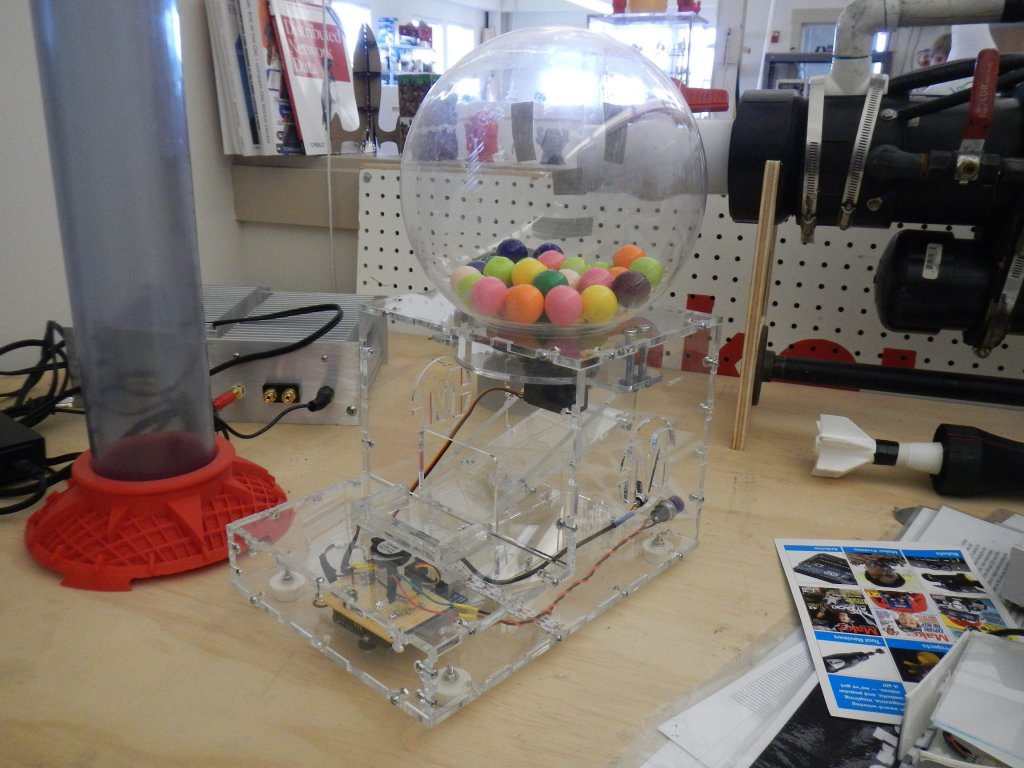 In 2017, another version surfaced, on Hackster, controlled by text, via IFFFT: Text Machine, Get Gumball

Here's a view from the inside: 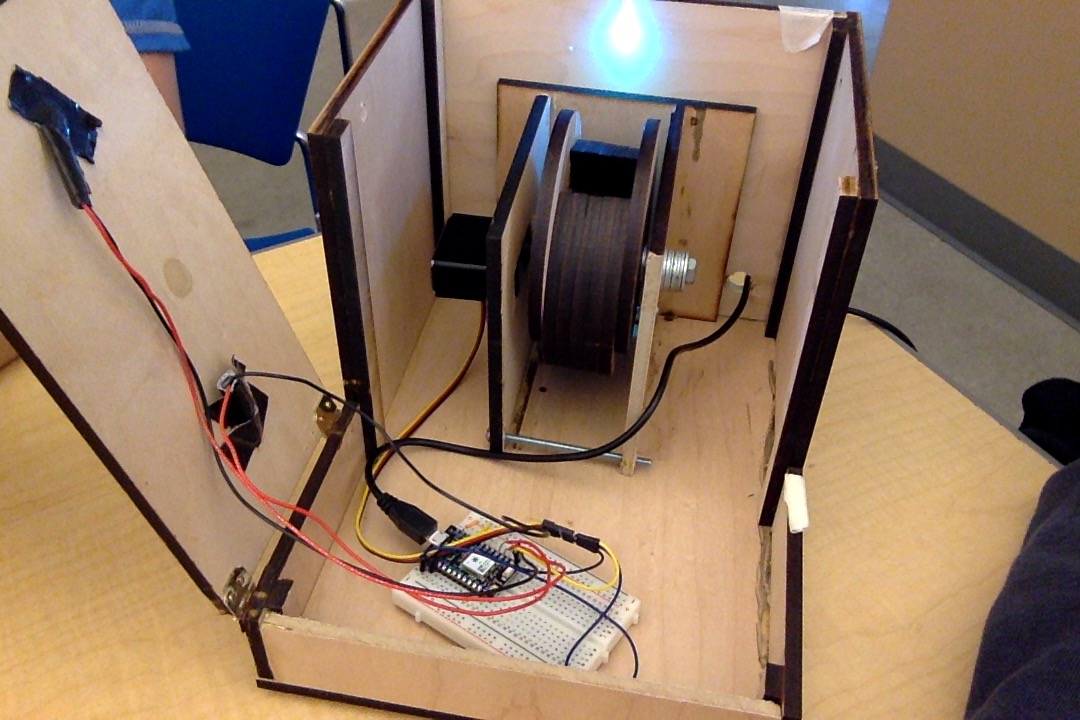 But I had my own idea.

What I was interested in, above all, was connectivity. So I eliminated the "knock" part.

My secret, I was starting to think, would be a secret word, harvested from one of the many augmented reality images placed around District Hall.