Using Mixed Reality to Create Places, from a Standing Start

Another reason why I wanted to sprinkle some mixed reality around the neighborhood: all those futuristic technologies I've been talking about -- AR, VR, IoT -- are still trying to claw their way out of the vaporware swamp.

So it's a legitimate question: Is all this mixed reality stuff bullshit or what?

Ironically, the worst people to ask are the folks who are already deep into these technologies. They're already committed and conflicted. For them, it's already a career choice.

I've seen this phenom up close as a journalist. The insiders are in too deep. The skeptics are often just as committed to the status quo, or simply ill-informed, or reluctant to be the naysayers. Nobody wants to be the person who puts down Twitter, or Instagram, or, to go way back, the internet.

So... declare a tie? Try to play it right down the middle?

Not this time. I wanted to try these technologies out for myself. Take some of them out for a spin -- to see if they enabled something fresh, something that gives you a new view, a new angle.

One problem with this approach: I had very little experience with hardware -- real stuff that you hammer, measure, and saw. Hardware.

I would be working from a standing start...

For example, here are my available measuring tools, found around the house:

Below, a closeup of the yardstick. No metric in sight. 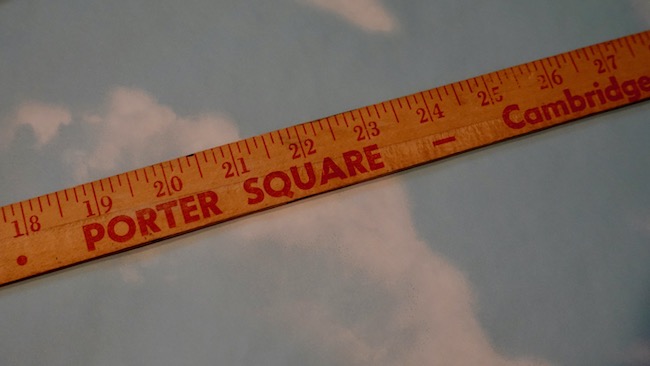 And here's the Viking History Ruler:

Measures inches, cm's, and the rise and fall of the Vikings. 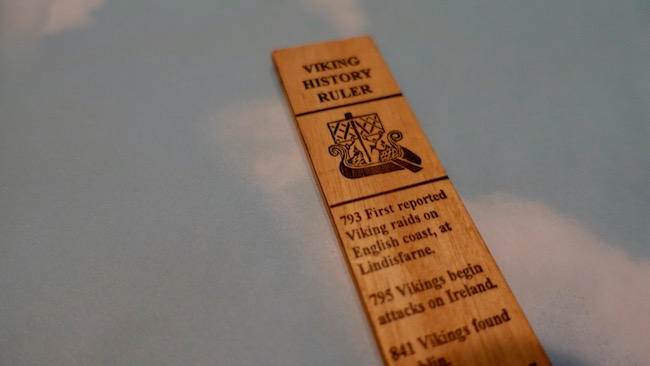