The Photon is chunky, and dense: physically and electronically.

The base slab of this board is made from fiberglass and epoxy laminate. It's thick, non-conductive. Electricity is not going to skitter around this surface: it will go where you tell it to go; it will follow the copper paths etched into the surface.

Two rows of tiny burnished copper holes run along the two long edges: 18 holes in all. The same number of spikey "headers" stick out like spindley insect legs. 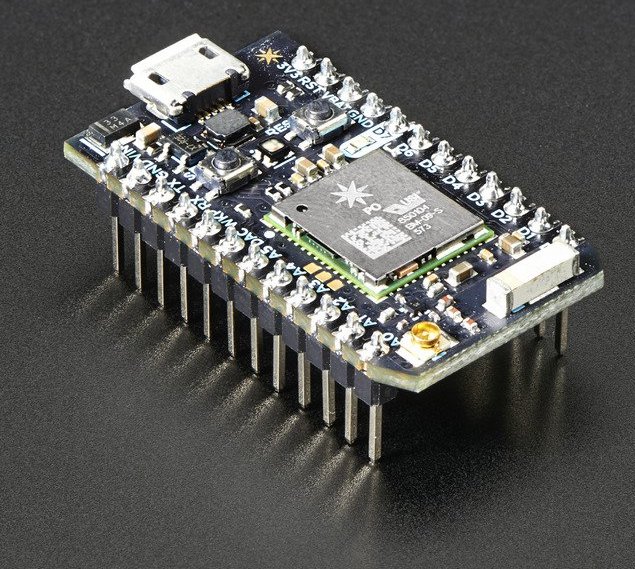 A tiny LED light is buried deep in the swatch of connectors; there's also an antenna connector, a white ceramic block, and a mini-usb connector.

Introduce electricity, and this device can marshall it: it can make it do things.

Any questions? It's all explained on the datasheet, a few dozen different ways, literally.

And yet the most powerful thing about it -- its built-in connection to the cloud.

Next - In the Cloud