A key piece of the Mixed Reality puzzle: the ability to write text in place -- out in the world.

And it turns out there's a standard building block for the kind of grid you can use to make it happen: the 8x8 LED Matrix -- 64 LEDs in a square, controlled by a commodity chip: the MAX7219, or some minor variant.

They are available on Alibaba, in bulk, for around 90 cents apiece.

And they are modular: you can buy them chained together, in blocks of 4, for less than $4.

That's what I did. 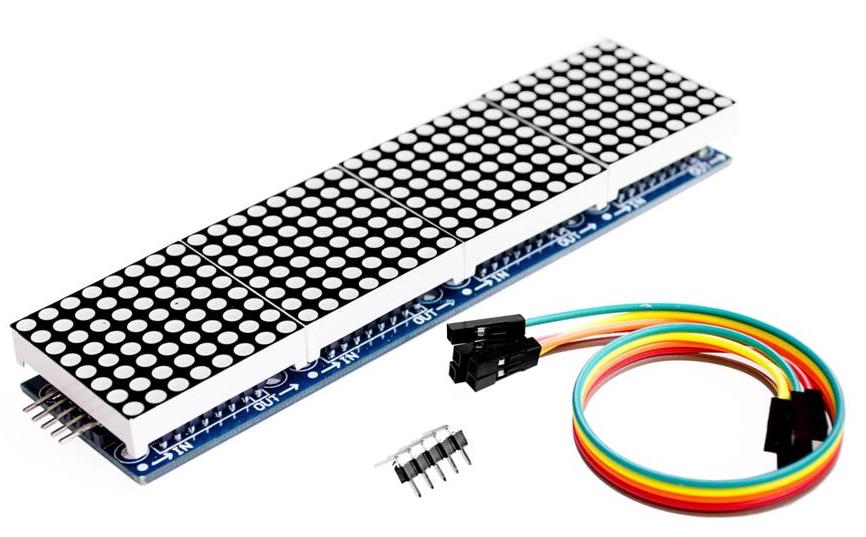 When I started to explore hooking up scrolling text to a Particle Photon -- that's when I discovered that  talented German hacker Ingo Lohs was way ahead of me.

I had actually met Ingo earlier online, when we were both trying to get a proprietary text display board to work, the Beam. We were both on the Particle Community boards looking for help. It never came.

Ingo had actually implemented his idea using Beam modules, but I could see that he had quickly moved on, posting a number of projects built on a combination of Particle Photon and these commodity LED Matrix Modules.

It's kind of ironic, when you think about it: the most accessible technology is not the custom-made, artisanal, new products, but the commodity hardware that benefits from a much bigger customer base. More people have been figuring it out.

Ingo was not the only guy to be moving text to these LED Matrix displays.

On Instructibles, Oz1051 described how he just "came across" an LED Matrix display and combined it with a Photon to make a weather ticker. 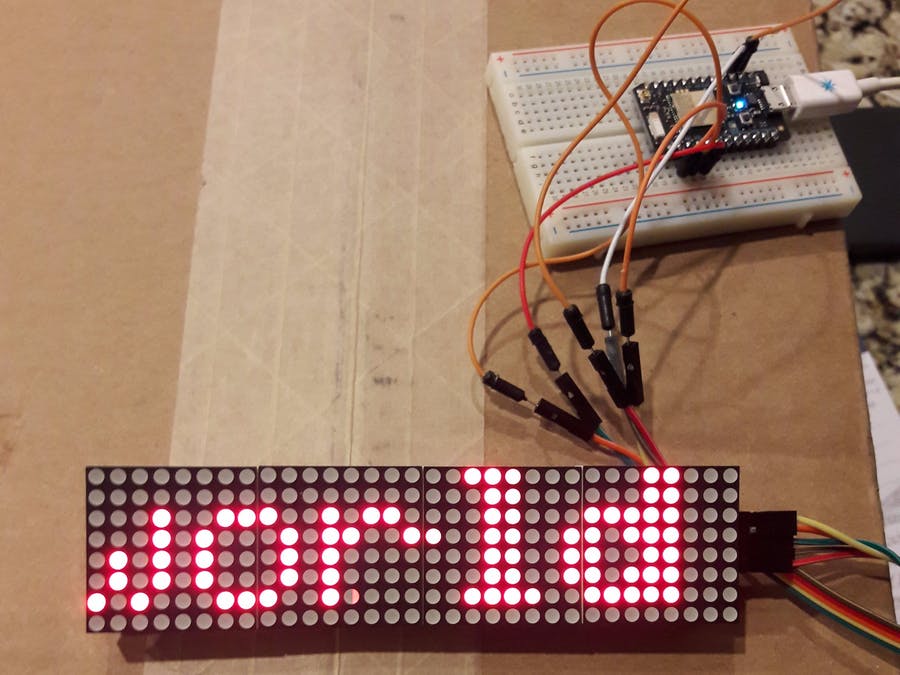 On GitHub, a couple of guys from the Czech Republic posted a library for controlling these 8x8 LED matrices using MAX7219 and/or MAX7221 chips.

But Ingo is on a different level from the average hardware hacker.  He has rare persistence and consistency: testing out Particles, and other development boards, and posting his findings.

His activity, on GitHub and Hackster, is impressive.

I started corresponding with him, and discovered that he was extremely generous, sharing his tips and experience.

Speaking of 8x8s, here's a typical Ingo post on how one of these things goes together -- the sandwich that an 8x8 is: an unboxing of a Matrix LED. 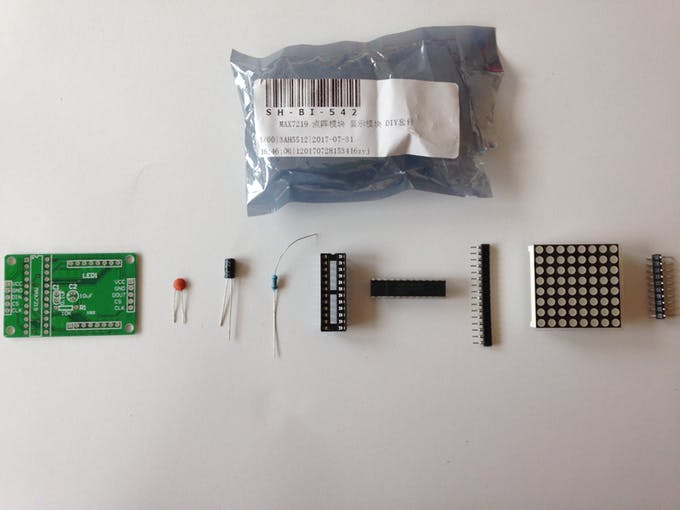