I knew they were heading my way: the laser cutters. The next gumball machine design demanded it, and they are obviously just too damn useful.

On a typical open project night at Cambridge Hackspace, the laser cutters are almost always the featured attraction, the highlight of the tour.

The big laser cutter always seems to be working, burning its way through projects from acrylic boxes to wooden coasters.

So it's time to figure laser cutters out.

Not only did I need to cut the clear acylic required for gumball machine #2, I also wanted to create some boxes to contain the guts of my messy electronic projects, and some gears, and a few cardboard waves (the ocean kind) for an automata project.

Unfortunately, the typical laser set-up and workflow is a mishmash of software programs, and platforms, cobbled together in a way that's probably unique to every laser cutting operation.

So I began deconstructing... 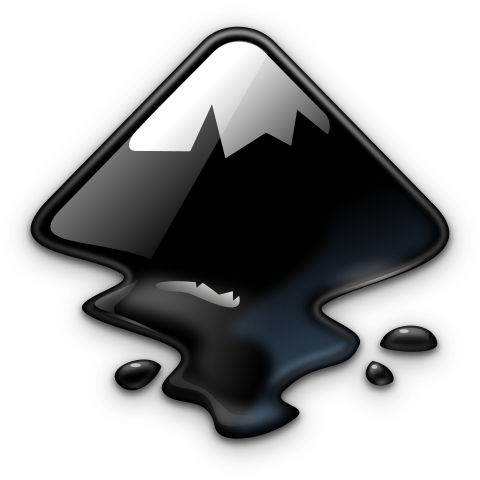 Of course, downloading the above, I realized it should be a .svg file. But that's not the default on the web. We're bitmap here, not vector. So that will be a minor hurdle.

Cambridge Hackspace has two laser cutters which are always referred to as "Chinese." In other words, no brand, just commodity laser cutters from China.

Their preferred format is .dxf, and the path goes from Inkscape to "RDWorks" which came with the Chinese machines (because it's the software that controls the motors).

These lasers will cut any line in a color that you pre-select and identify as the cutting color.

I attended an introductory laser cutting workshop, and left with...

Vector Engraving -- aka cutting. Set the laser power to high.

Raster -- aka etching. You lower the laser power, and increase the speed, so that it just scores the material instead of cutting it.

And a Strategic Outsourcing

The software, the workflow, the hardware... it was a lot to absorb in one gulp.

So while I learned Inkscape, I outsourced the clear acrylic "case" for gumball machine #2 to 100kGarages. This time a local architectural model-making shop took on the job, elevating the project to a level where it could be put on display at District Hall.

With that big piece taken care of, I could move on to the smaller support technologies I wanted to tap.

Writing in Place: a LCD